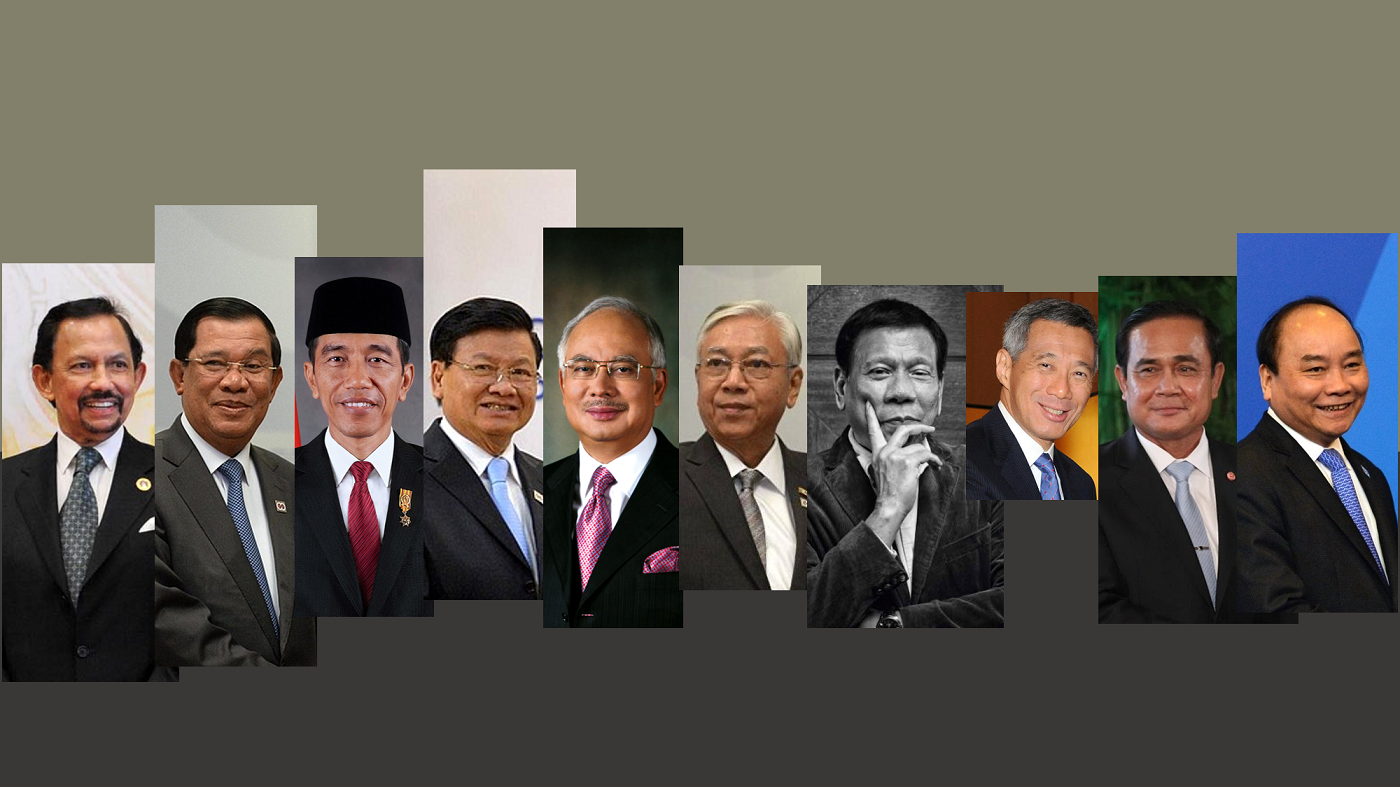 After a fruitful 50 years, the bloc is divided by uneven wealth and China’s rise

On Aug. 9, 1967, The New York Times reported the signing of the Bangkok Declaration to inaugurate the Association of Southeast Asian Nations. The brief, 80-word article on the declaration — inked the previous day by five founding foreign ministers — said the document was “vague about concrete aims and projects.” It also derided the agreement as the product of “two days of golf talks” at a beach resort outside the Thai capital.

It is hard to say to what extent the vagueness was deliberate. But those who belittled the new bloc as weak were to be surprised, time and again, in the coming years. As it turned out, the ill-defined aims and functions, as well as the minimum degree of institutionalization, would prove more often to be a source of resilience than weakness.

ASEAN leaders would later become conscious and proud of this undogmatic approach, which prioritizes individual sovereignty — an approach now referred to as the “ASEAN Way.” They even adopted a song titled “The ASEAN Way” as the group’s anthem in 2008.

One reason so much was left unsaid, back in 1967, was that the common issues and threats facing the member states were too obvious to bother articulating: American military and political activity in Indochina, based on the so-called domino theory; Soviet military support for communist forces there; and China-linked insurgencies inside the member states themselves, to name a few examples.

In addition, of the five founding member governments, Indonesia, Malaysia, the Philippines and Singapore were struggling for legitimacy in the early days of post-colonial independence. Thailand was the lone exception. Under the circumstances, it was unrealistic for the group to define clear political goals.

Consequently, ASEAN has had to remain flexible. Although the Bangkok Declaration stated that “all foreign [military] bases are temporary,” member states have not insisted on following through on this. To this day, the Philippines has not kicked out the U.S. military completely.

In November 1971, ASEAN foreign ministers declared that Southeast Asia would become a “Zone of Peace, Freedom and Neutrality,” or ZOPFAN. The idea was to avoid being dragged into great-power rivalries. Still, for most member states, neutrality was more of a mantra than a basis for policy.

ASEAN membership sets no criteria for domestic governance. Today, of the 10 governments in the bloc, only three — Indonesia, Myanmar and the Philippines — are formed through competitive elections. Three countries have elections dominated by single parties; two have one-party communist regimes; one is run by a military junta; and one is an absolute monarchy.

Institutionally and in practice, only Indonesia and the Philippines guarantee freedom of speech and freedom of the press.

ASEAN’s raison d’etre has evolved with every fundamental shift in the regional geopolitical landscape.

In the early 1970s, as the U.S. withdrew from Indochina, the growing threat of Chinese and Soviet communism became the top concern for ASEAN members. The last U.S. helicopter took off from Saigon on April 30, 1975 — the same year the China-backed Khmer Rouge seized power in Cambodia. Later, Vietnam invaded Cambodia and stopped the genocide. At the time, ASEAN was sharply divided over Vietnam’s rule of its neighbor.

But after Vietnam withdrew, peace returned to Cambodia. And as Myanmar began moving toward civilian rule, and Laos started opening up its economy, ASEAN accepted all these countries as new members in the 1990s.

In that decade, as peace took root in the region, the association’s focus shifted again, from international relations to economic development.

It set about improving relations with China, through a strategy of “constructive engagement,” even though the communist giant had long been the epicenter of regional political threats. Today, China is the largest market for ASEAN exports.

In 1992, member states agreed to establish an accord on the ASEAN Free Trade Area, lowering tariffs on goods made within the bloc to promote manufacturing. This developed into the ASEAN Economic Community, envisioned as a single market for goods, services, finance and human resources. At the end of 2015, members scrapped 96% of tariffs and officially declared the establishment of the AEC.

Overall, ASEAN’s 50 years should be regarded as a success story. Member states have not gone to war with one another. From the Pacific Rim to the Indian Ocean Rim and across the entire Asia-Pacific region, the group’s importance continues to grow.

Its economies have come a long way: From 1967 to 2016, the aggregate gross domestic product of the five original members grew by a factor of 14.5, in real terms, to $2.2 trillion. That is roughly 3% of the global economy.

Yet, the bloc’s leaders are increasingly aware of the limits of the ASEAN Way, when it comes to driving further political and economic development.

The adherence to consensus-based decisions is hindering pushback against Chinese assertiveness in the South China Sea. The division over this issue became all too clear at the 2012 foreign ministers meeting, which failed to issue a joint statement for the first time since ASEAN’s inception.

The insistence on individual sovereignty contributes to the persistence of nontariff barriers set by governments, even after the launch of the AEC.

While incomes have risen dramatically over the last half-century, four of the five founding members are at risk of falling into the middle-income trap — a pattern where rising wages make it difficult to compete with economies where wages are still low. Wealth is concentrated among a small group, while entrenched poverty holds the countries back from achieving developed status.

The wide gap between ASEAN’s more- and less-developed members is a major reason why it is increasingly difficult to find common ground on many issues, including China. This inequality is also stirring public discontent.

“Many of the economic and social problems we currently face can be traced back to the injustice and inequality inherent in our society,” Anand Panyarachun, Thailand’s former prime minister, said in a speech last year. This could be said of ASEAN as a whole, and addressing the disparities will be vital for building a more unified bloc.

This article originally appeared in the Nikkei Asian Review on August 8, 2017.